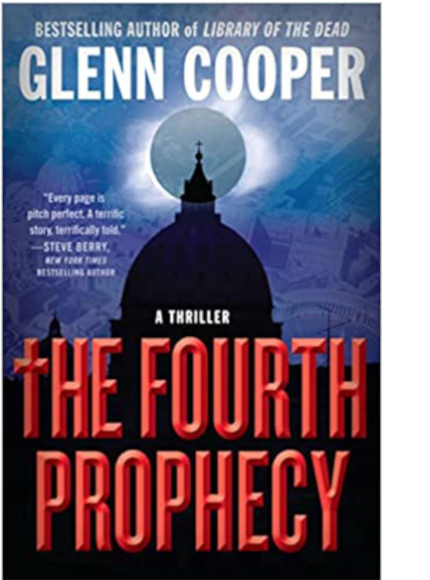 A beloved professor of theology and archaeology at Harvard, Cal Donovan has achieved renown – but he drops everything when he is called by his friend Pope Celestine to investigate the potential existence of a mysterious prophecy. And it soon becomes clear that another party is desperate and willing to kill for the same information.

In a race against time that will lead him from Lisbon to Rome and to London and Paris, Donovan will become the only person standing in the way of unspeakable destruction. Now his only hope for survival is to outwit, outrun, and outlast his enemies long enough to get to the truth behind the Fourth Prophecy.