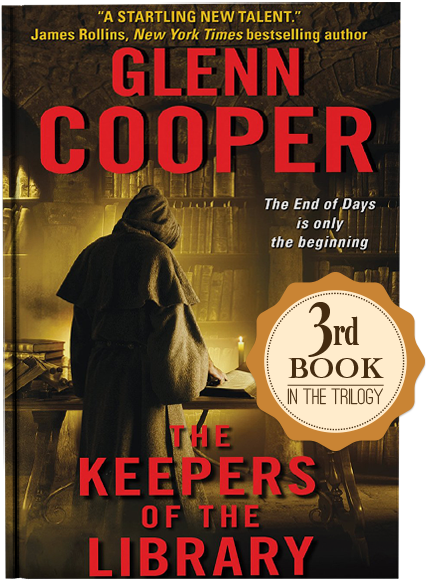 The keepers of the library

The end of days is only the beginning

England, 1775. An ambitious American pushes his expedition onward despite dire warnings from the locals. But what Benjamin Franklin discovers on the Isle of Wight isn’t just superstition. It’s a secret with the power to save the world—or destroy it.
In less than four hundred days, most of the world’s population will be dead. Nobody knows why, only when: February 9, 2027.
Retired FBI Special Agent Will Piper is one of the few who will live “Beyond the Horizon.” Fifteen years ago, he revealed the prophecy to the world after the hunt for a madman led him to the mystical Library of Vectis, now housed at Area 51, in an unmarked location in the Nevada desert. Will is determined to live out his days in the Florida sun . . . even as the world sinks into hedonism and despair . . . even as the Doomsday Killer’s ominous calling cards resurface . . . until the apocalypse threatens the one thing Will won’t compromise on: his own flesh and blood.